Before we get started, I just want to let the record show that I, Shaun Keay, was not at the game tonight.  I chose a weekend golfing trip to Prince Edward Island with my old man & the gang instead of striking out a few times against the RiverHawks with the rest of the SweatSox.  Fortunately, I have been able to gather a fair amount of information through the live broadcast and team chat, so the rest of this story will seem like I was there.  But I wasn’t.  I’m in P.E.I.  Apparently eating potatoes.

Today’s history lesson begins in back in 2001: a time when Geoff Magnus and Adam Oattes were teammates on the Hitmen, when I (Shaun Keay) hit .571 for the SweatSox, and when Rudy Vallejos suited up for the Silverbacks (just 9 seasons before he’d go on to win NCBL Rookie of the Year).  2001 was also the year the Tier 3 Chiefs finished last with a 5-18-1 record.  Now you may not remember the 2001 Chiefs, nor the 2004 Les Grand Gueules team they evolved to, nor the Marc Sports sponsor they rebranded to in 2005, nor the rebooted Marc Sports team some of them played on in 2012, but you probably are familiar with their most recent incarnation: the River Hawks!

During all the River Hawks’ travels throughout the tiers, we were only in the same one once: in 2014, and the results of those games was a pretty good preview of what the SweatSox were in for tonight.  In 2014, the River Hawks swept the 3 game season series, outscored us 11-2, and shut us out the two times we played at Allen Park, which of course was the site of tonight’s Tier 1 matchup.

So what happened tonight at Allen?  We lost.  It was a shutout.  And they outscored us 4-0.  While all that was expected, what wasn’t were the lights going off real early at approximately 10:15pm.  It’s the first time that’s happened at Allen, but the second time it’s happened to us this year after the Britannia practice fiasco.  Because the lights went off mid inning, the following never happened:

We did shake hands in the dark though, because that’s the SweatSox way. 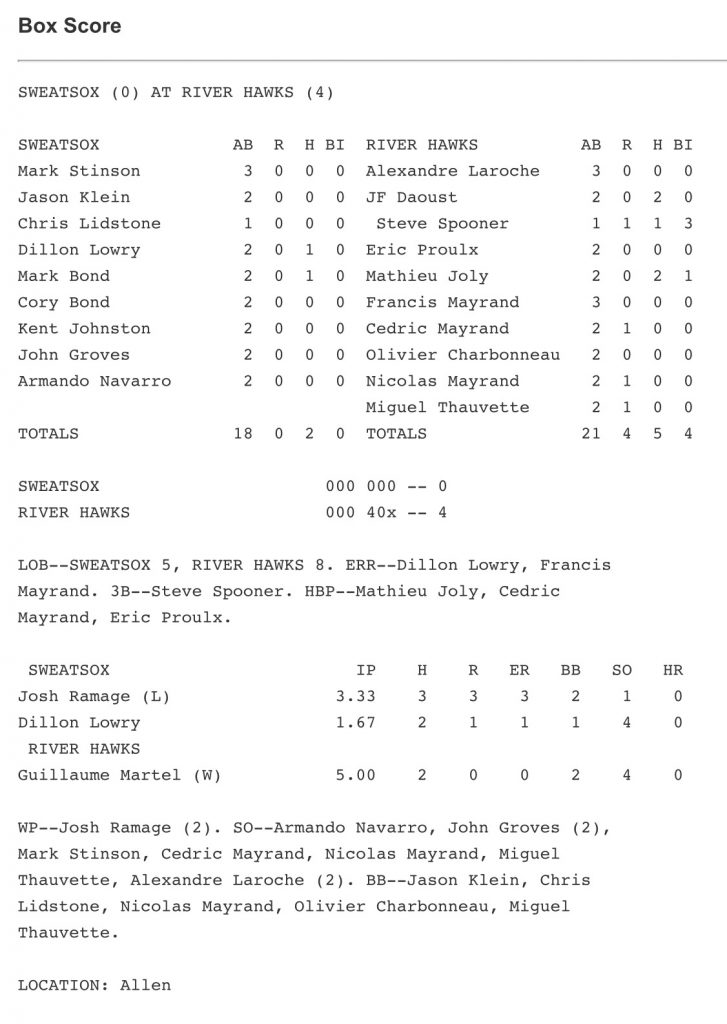 Next up for the SweatSox is our first ever regular season matchup with the Nepean Brewers Sunday afternoon at Kinsmen. John Groves, who claims to have thrown 4 shutout innings against the Brewers some 10+ years ago, is in line for the start. 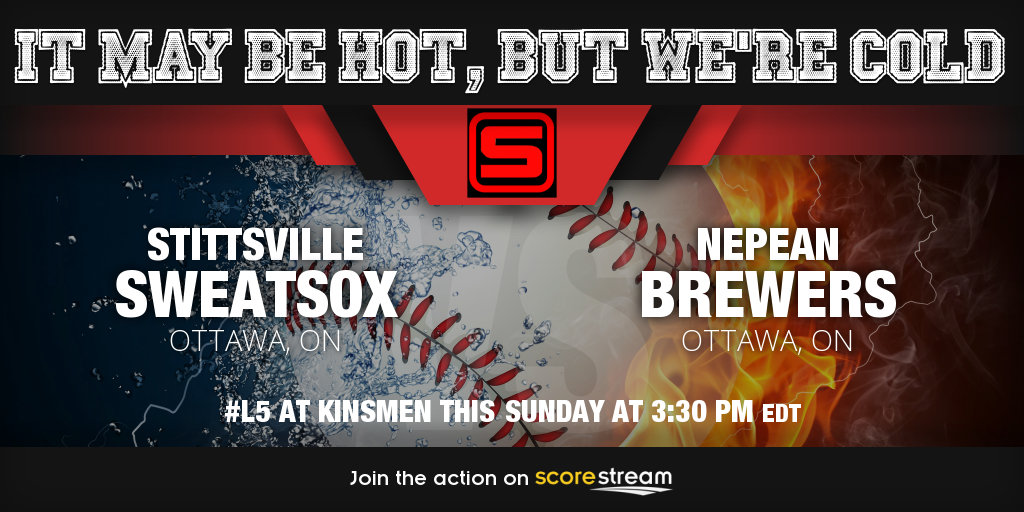