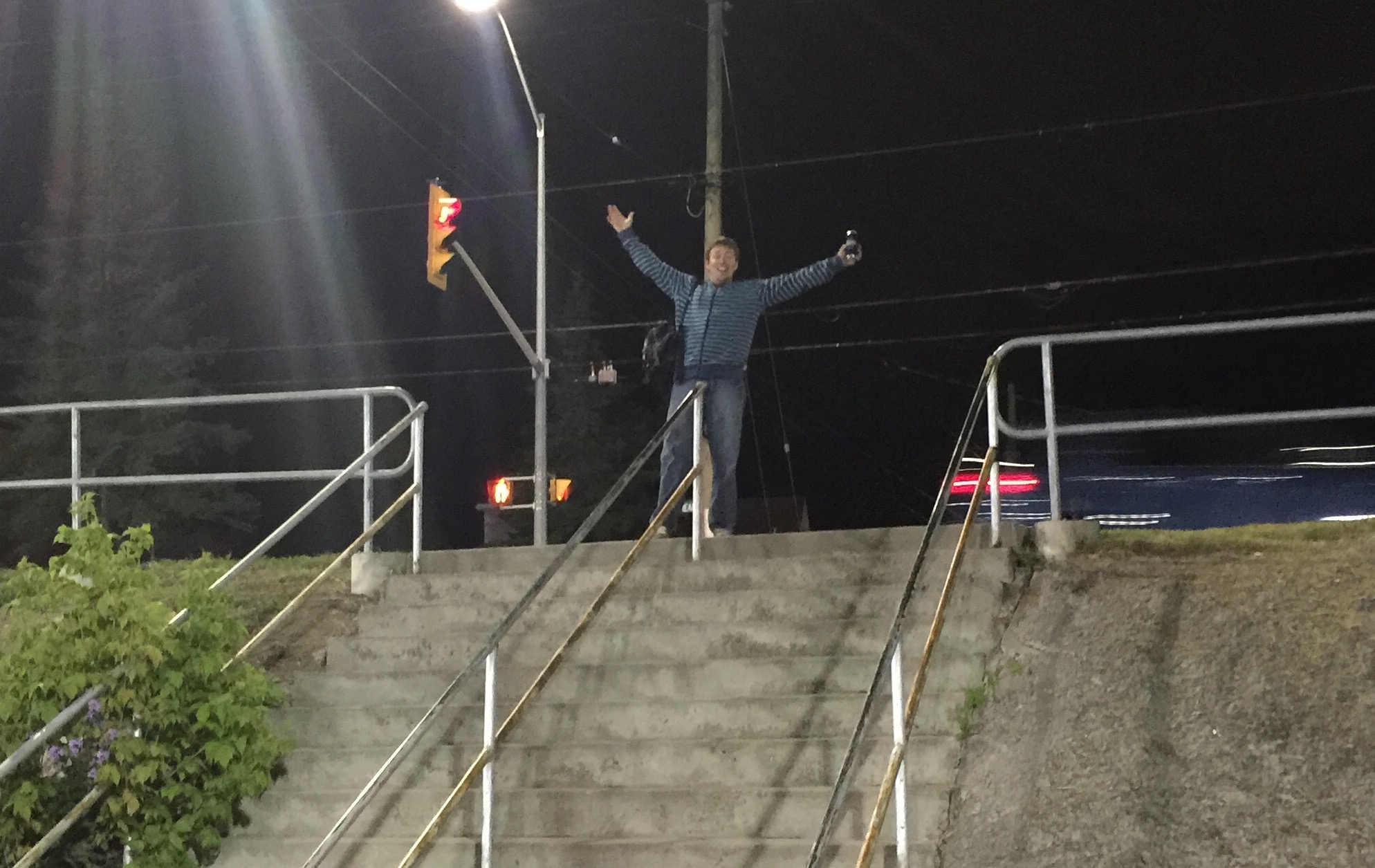 If there’s one thing worse than getting whipped at home in Ottawa, it’s getting whipped 200km away in a late game on a weeknight, which was supposed to be the case last night when the SweatSox travelled to Kingston to face the Ponies for the first time in NCBL regular season action.  In fact, some in Kingston still believe this is the first game of any kind that the SweatSox and Ponies have competed in, but that’s another story for another day.

When the first wave of SweatSox arrived in Kingston about an hour before game-time, we noticed that the entire Ponies team was already on the field taking BP.  We also noticed that their BP pitcher was throwing at least 5x harder than SweatSox starter Josh Ramage was going to toss, which meant once the game started “Mr. Kingston?” might be able to throw off their timing at the plate for a little bit.  And he did.

Let the record show that after 1 complete inning of play the SweatSox led the Ponies 1-0.   We had to commemorate this momentous occasion with a picture: 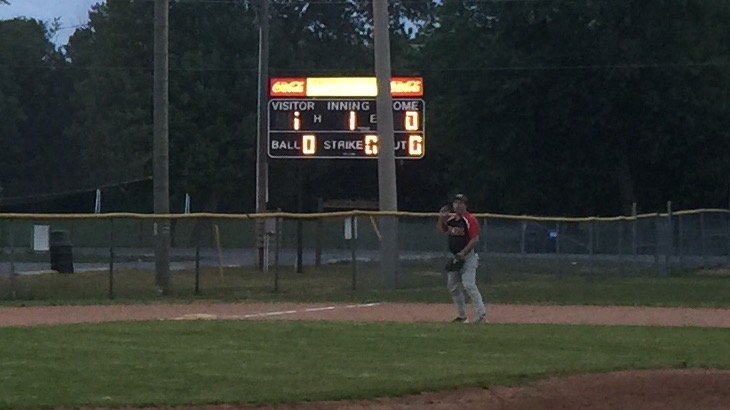 While the Ponies would tie the game in the 2nd, we’d actually take a 3-1 lead through 3, but the Ponies scored 9 runs over the next 2 innings, including a 2-out grand slam that was as high as it was far, to put the game out of reach.  SweatSox lose 10-6 in a rare SweatSox Tier 1 game that was actually much closer than the score would indicate.

The Après Baseball Hyjinx was spent driving back to Ottawa, but thankfully Denver Hunt was able to win us the Hyjinx all by himself! 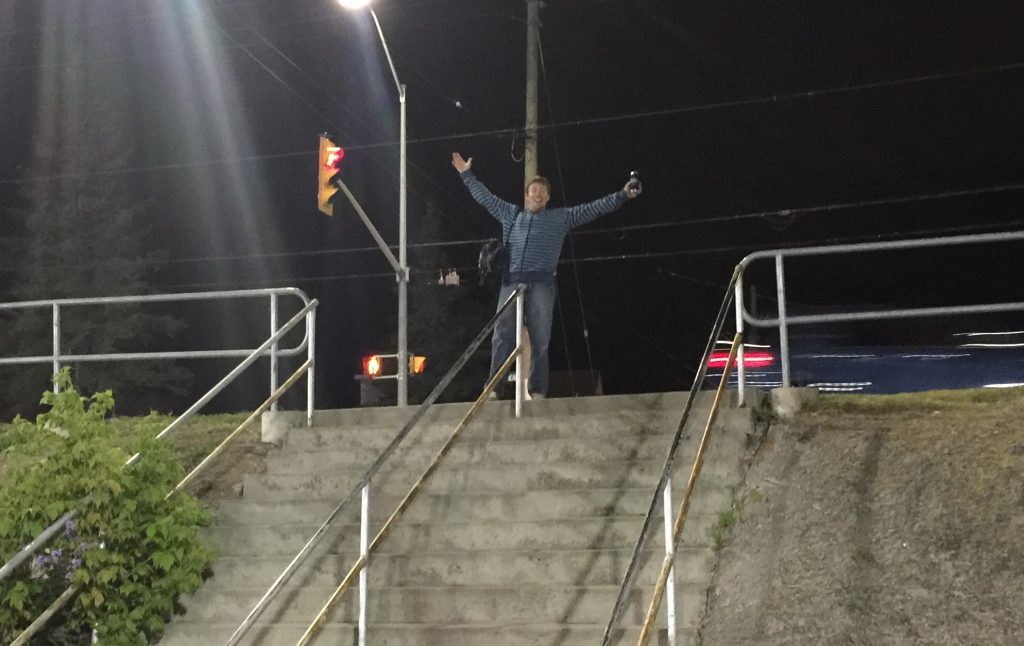 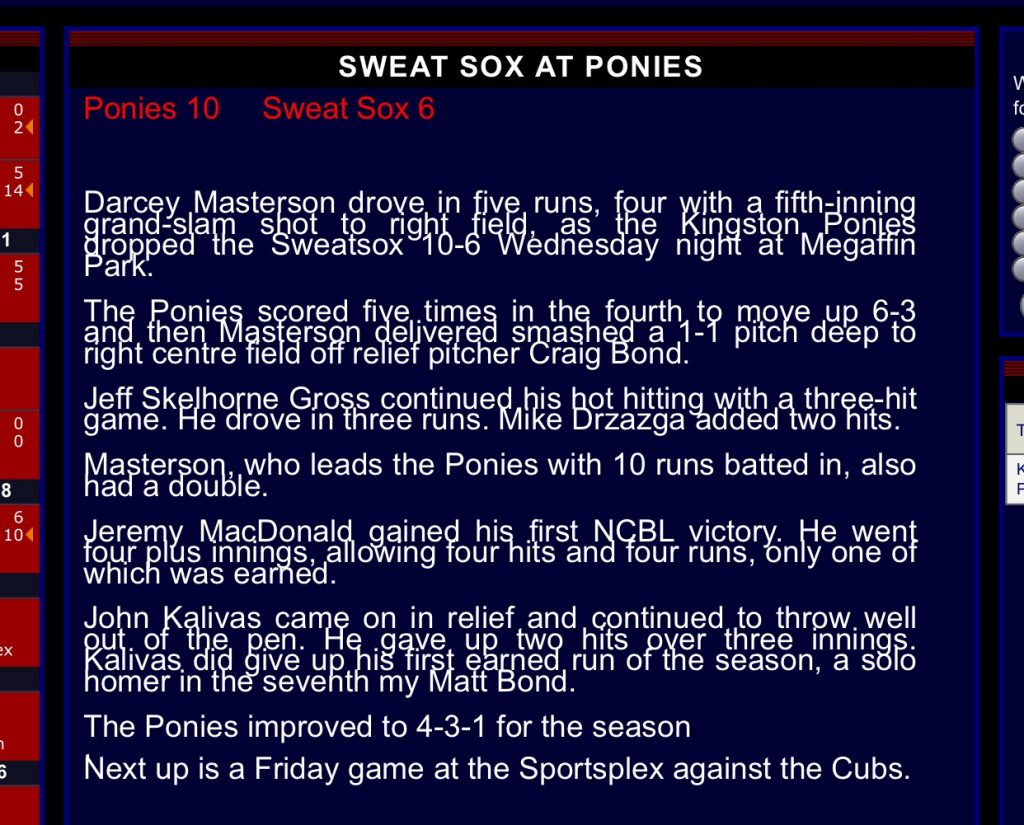 Next up for the SweatSox is our second matchup of the year against the Outlaws tomorrow night at the Sportsplex.  Mark Stinson is a strong maybe to make it. 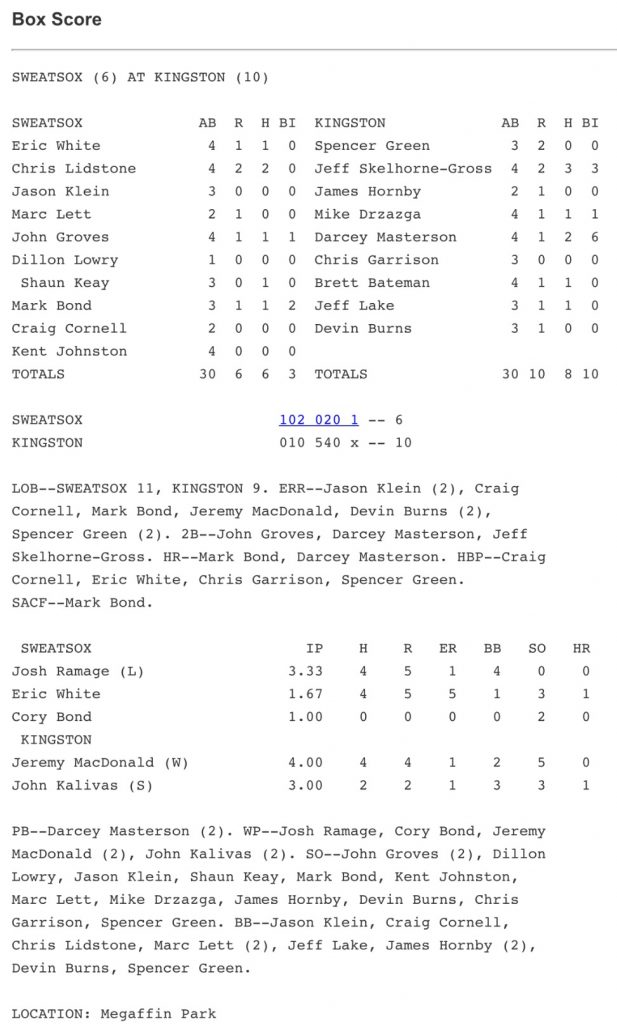 BONUS COVERAGE: While the SweatSox were getting sink-holed in Kingston, the Braves vs Marc Sports game at Faulkner ended in a controversial 5-5 tie instead of an 11-5 Marc Sports win.  Marc Sports were not happy, and called shenanigans on the Braves 7th inning strategy.  We know where this is going, so if both teams would agree to it, the SweatSox will be happy to officiate, live tweet, and Periscope the now unavoidable Jose Hernandez vs Dominik Robinson foot race.  Let us know where and when.

Waste enough time to make sure the lights will close… #fairplay ? 35 minutes for a half-inning… #loserattitude?