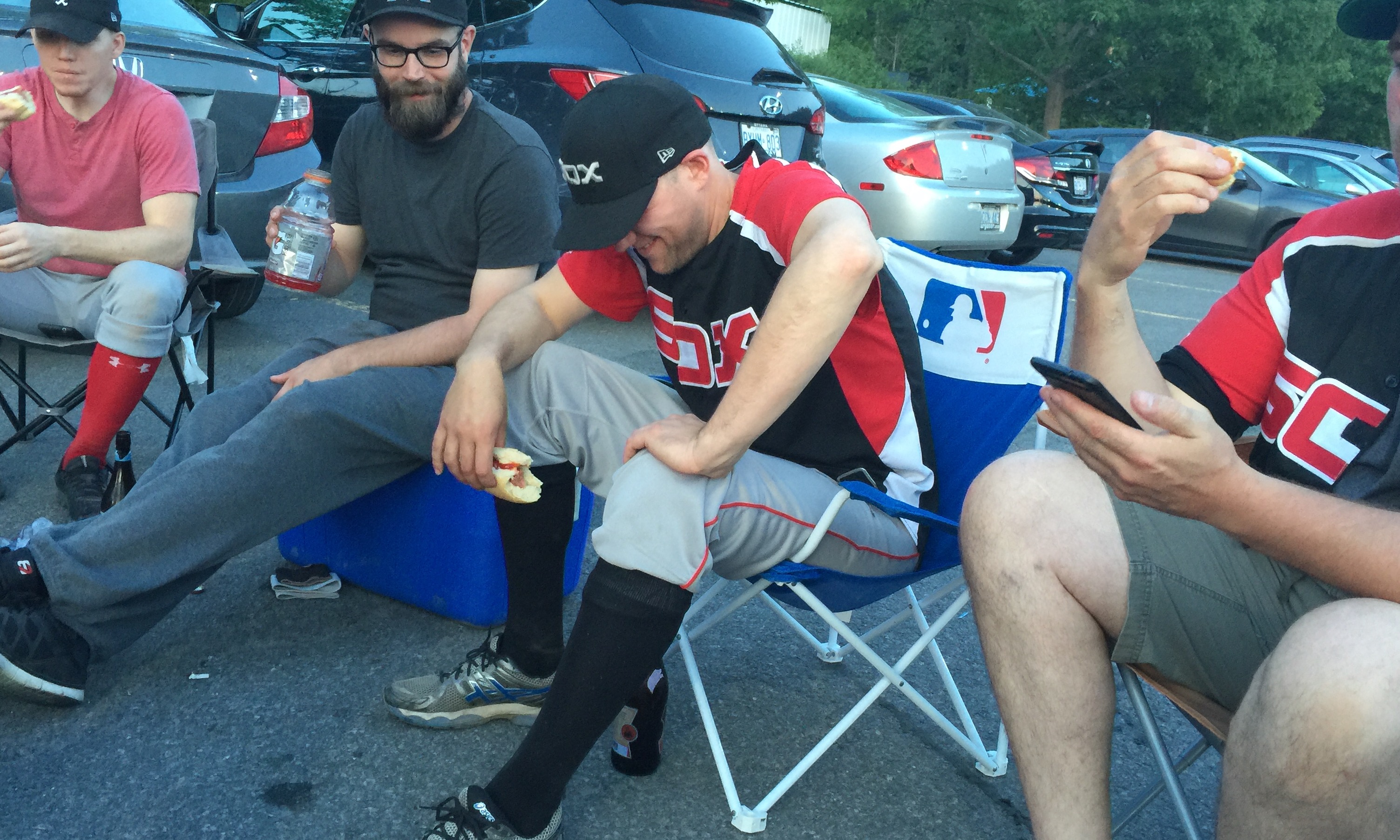 Riding an unprecedented two game unbeaten steak in Tier 1, your Stittsville SweatSox took on the Nitabeer Panthers last Friday at the Nepean Sportsplex.  Making his first start since leading the SweatSox to a historic victory the week before was the leader in the clubhouse on Craig Cornell’s Dorion ballot: Josh Ramage.

Against Panthers starter Allan Martinez, the SweatSox scored twice in the opening frame: a Chris Lidstone single scoring Eric White, and a Kent Johnston fielders choice scoring Chris Lidstone.  It was the 5th straight game the SweatSox scored in the 1st inning, for whatever that’s worth.  The Panthers weren’t phased in the least, and took the lead in the 2nd inning after scoring 3 runs on 2 hits and a couple of ‘questionable’ errors.

Amazingly, the SweatSox took the lead back in the third all because of my (I, Shaun Keay) bases clearing three-run double (that’s right, double).  Those 3RBI’s vaulted me into a tie for the all-time SweatSox RBI lead with Cory Bond, who couldn’t do anything about it now that’s he’s on the DL.

After scoring another run in the 4th off Steve Smith (aka the Mariano Rivera of the Panthers), the SweatSox held a 6-3 lead heading into the bottom of the 6th inning, an unforgiving inning for the SweatSox against the Panthers.  In the first SweatSox-Panthers matchup, the Panthers scored 10 in the 6th.  This time wasn’t as impressive as they only scored 7 runs, but it was more than enough for Smith to carry his team to victory.  The SweatSox unbeaten streak ends at U2, we’re now winless in WL2.

*Panthers have scored 17 runs in the 6th inning in 2 games against us this year.#L1

The Après Baseball Hyjinx began with a BBQ feast thanks in part to Eric White (food/beer/Gatorade), Craig Cornell (beer), Mark Bond (crap), Chris Lidstone (BBQ), Cory Bond (nuts) and I, Shaun Keay (propane); the night ended with a contest to see how many rock dogs could be thrown into Liddy’s RoadConeMobile; and sandwiched in between was the Great Hot Dog War of 2016.  There were no winners there, especially KJ’s behind: 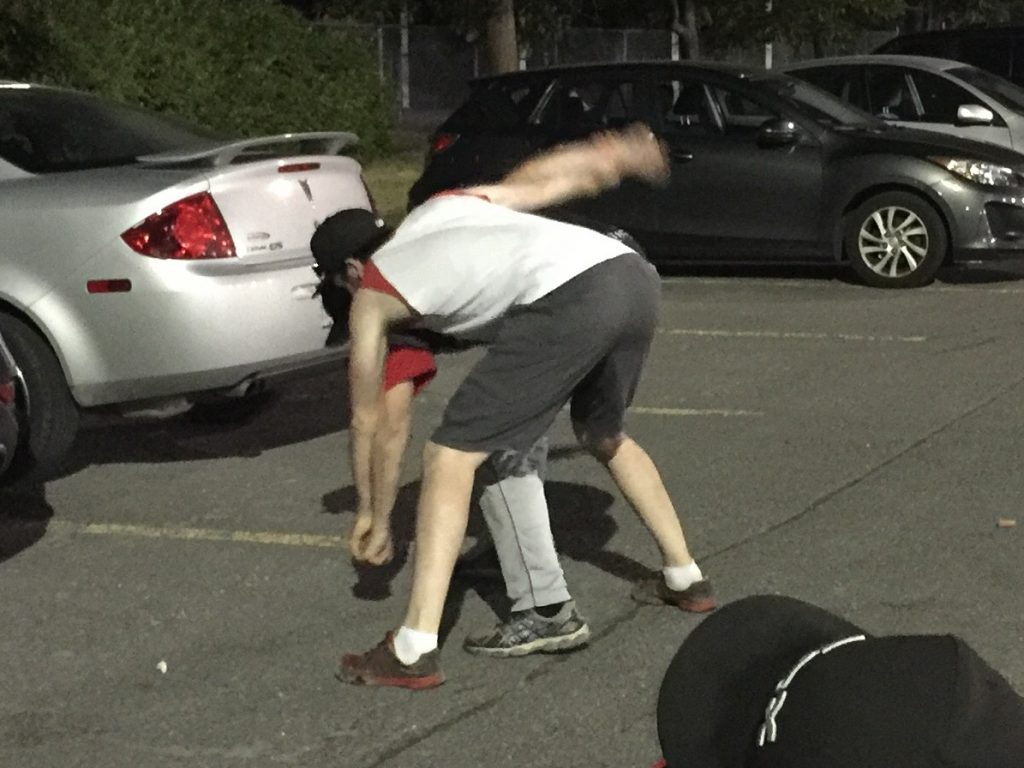 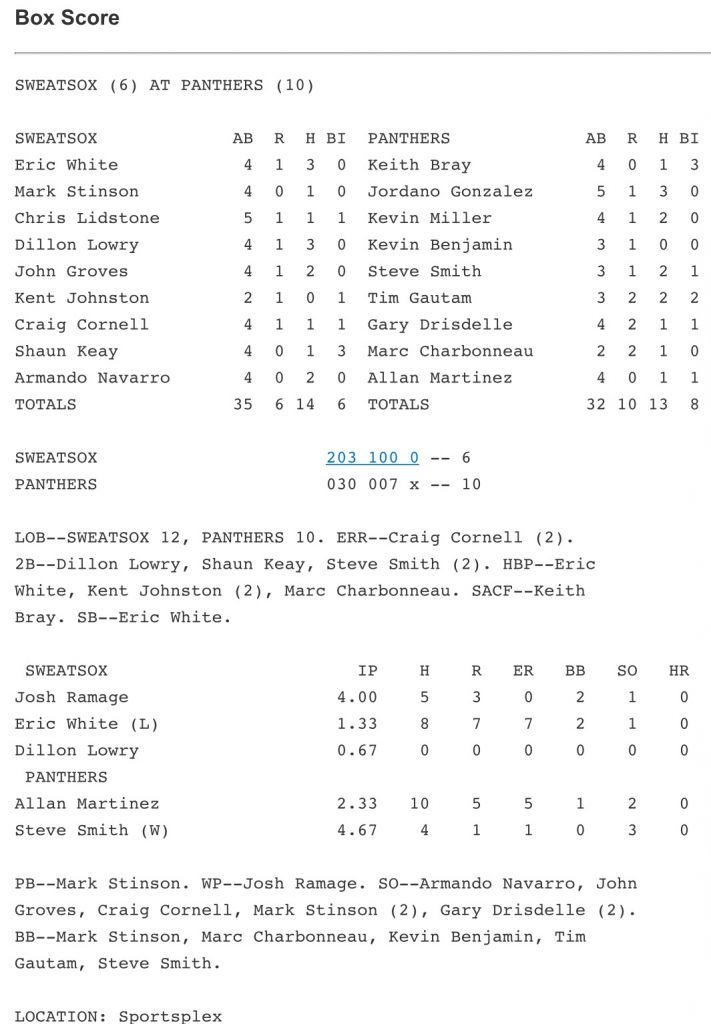 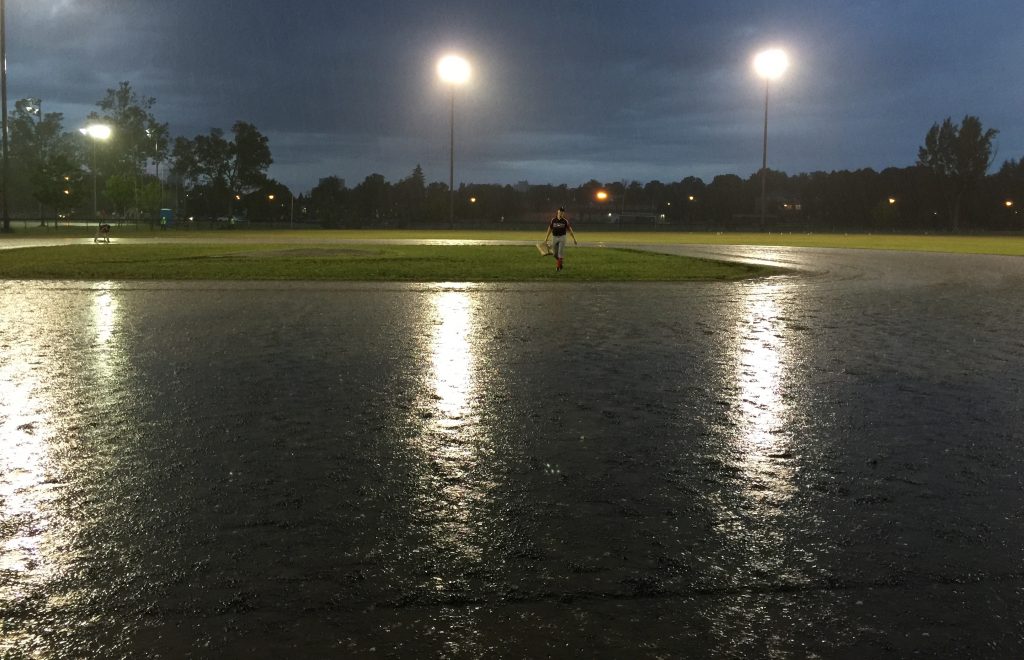 Last night, the SweatSox and Ponies met at Brewer Park for what was supposed to be our third and final matchup of the season.  With the threat of rain looming all afternoon, the Kingston Ponies opted to roll the dice to try and lock up their 10th win of the season as soon as possible.

Unfortunately due to the quality of the recently “rebuilt” field, Brewer was unable to handle even a drop of rain, so when it began to pour the game had to be called.  Hopefully the Ponies were able to find some cold drinks and cheap wings before jumping back on the 400 series highways en route back to Kingston.

Stittsville SweatSox vs Kingston Ponies RAINED OUT in the 2nd inning at Brewer. #rollthedice 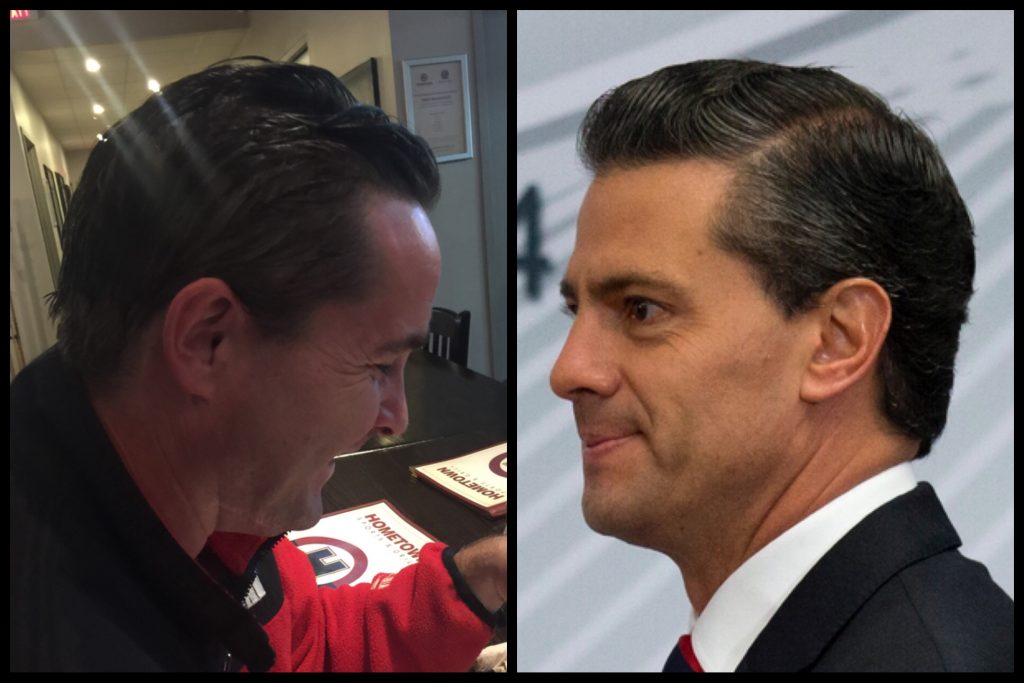 Next up for the SweatSox (1-13-1) is a matchup with the Nepean Brewers (10-5-1) tomorrow night at the Sportsplex.  SweatSox Tier 1 ace Josh Ramage (1-3) gets the start, which means the Brewers have no choice but to counter with their 14th best pitcher at least. 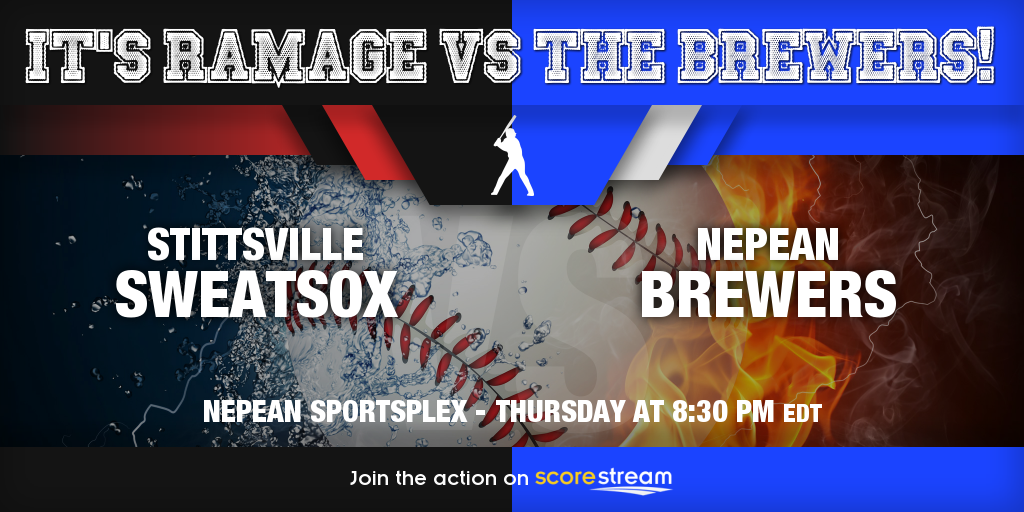