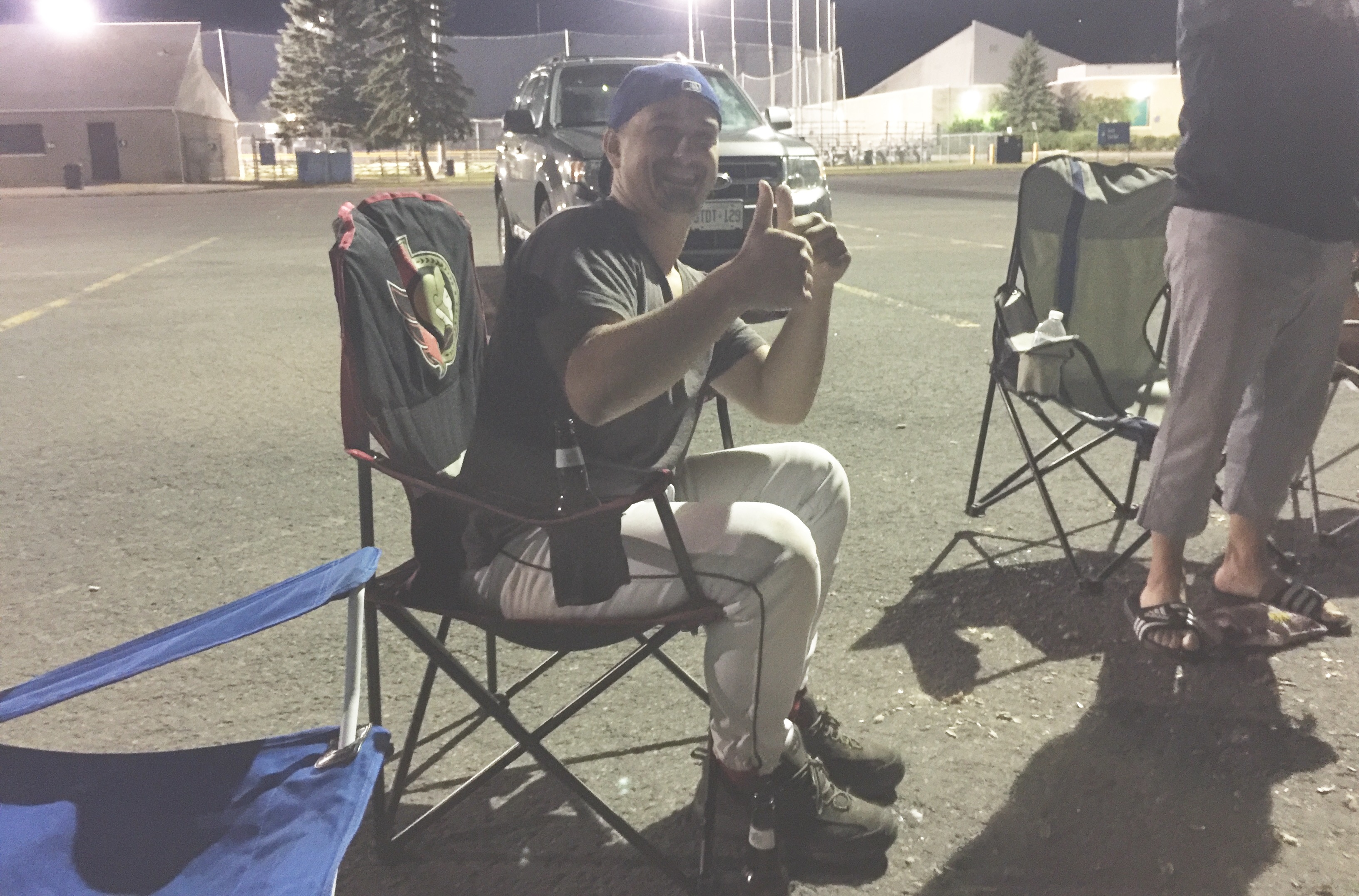 Last Thursday night, the Nepean Brewers hosted the Stittsville SweatSox at the Sportsplex for our second head to head matchup of the season.  The first game didn’t exactly go as planned for the SweatSox, losing 13-1 in a mercy shortened 6 inning beatdown.  Hoping to avoid a similar fate, or a 7-0 default, the SweatSox hit the waiver wire and signed Pinecrest Alumni Joe Majic to hopefully spark us to at least a #notamercy.  Majic, a lifetime .346 hitter and part of the SweatSox rookie class of 2005, played 80 games for us over 7 seasons, but hadn’t “put his pants on” since June 8, 2012, a 5-2 Sox win (GLE) over the Aylmer Pirates at Aydelu, a game where I, Shaun Keay, had 3 walks and somehow the only 2 stolen bases.

The game was a competitive one for a while, until there were 2 outs in the bottom of the 4th inning to be exact.  Starting pitcher Josh Ramage was throwing a no hitter (+1BB) up to that point, a 0-0 game; but a base hit to left opened the floodgates, and 5 straight Brewer batters came around to score.  Over the next 2 innings, the Brewers outscored the SweatSox 6-3, ultimately winning the game 11-3.  We’re making progress!

An honourable mention goes out to Chris Lidstone, who’s found a new home in RF and made all 3 outs back-to-back-to-back in the 6th, including 2 spectacular running catches near and into foul territory; the third was pretty routine, even for us.  #F9

*We got papers in the car.#notamercy#notashutout#WL3

The Après Baseball Hyjinx included a visit from a couple Panthers who were still lurking around the parking lot after their apparent double header win earlier in the night against the Outlaws.  We learned that one of them lives near where Armando Navarro has soccer practice, and the other sometimes sees things a little sideways: 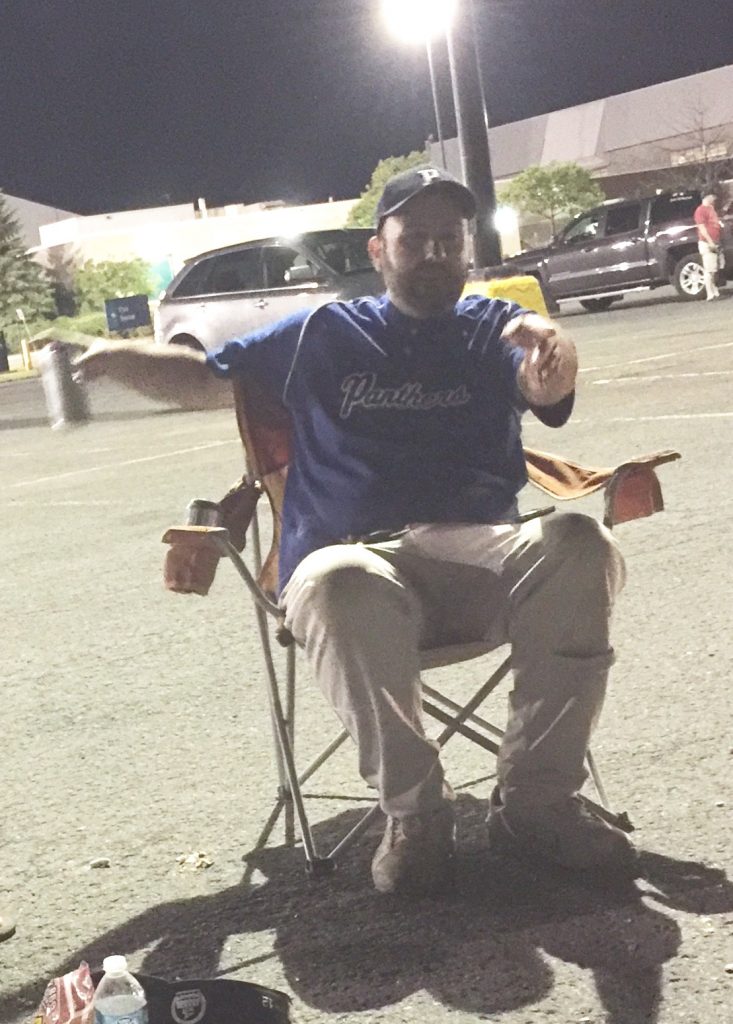 Next up for the SweatSox is a matchup with the Outlaws Monday night at McCarthy.  The SweatSox might have a chance at a victory, because if the Outlaws still want to drop to Tier 2 with us next year, they need a major losing streak sooner rather than later to help their cause. 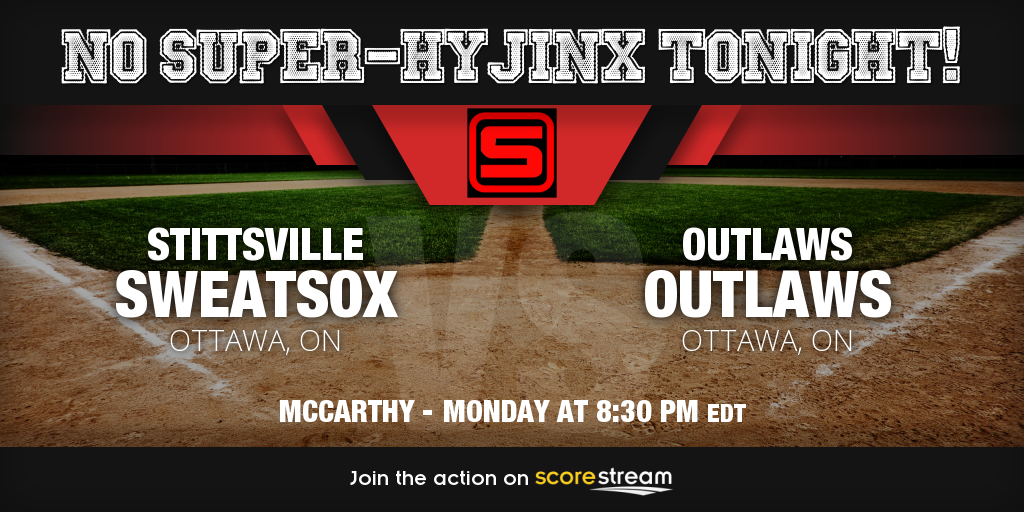 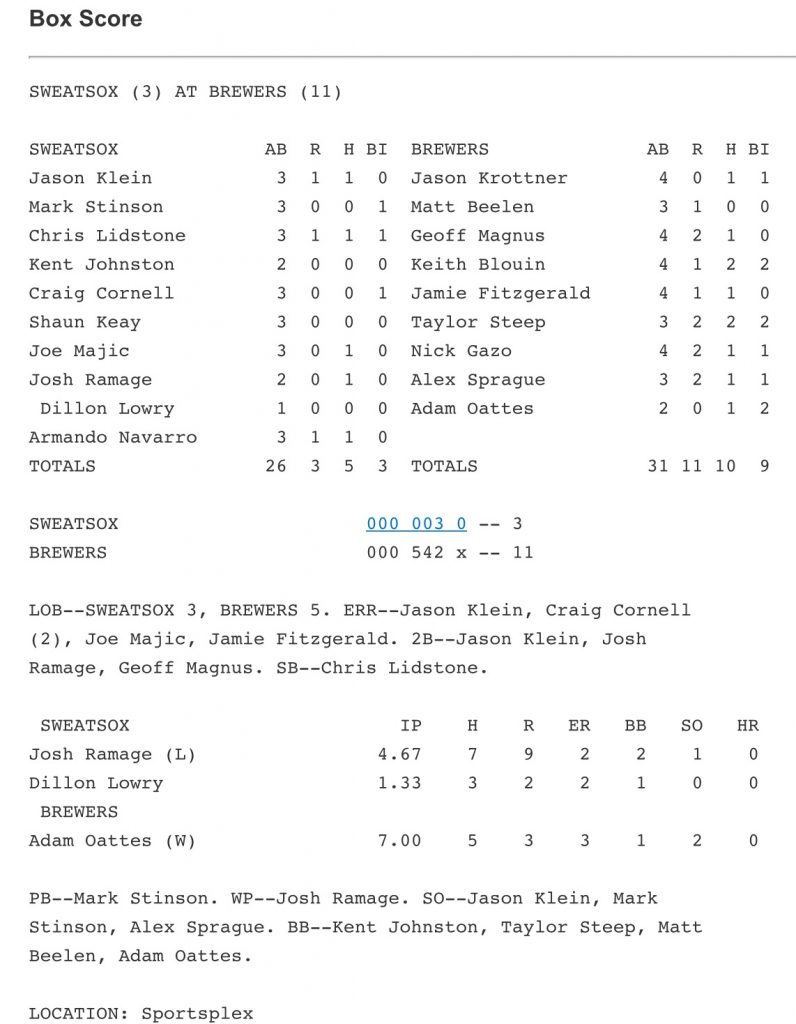