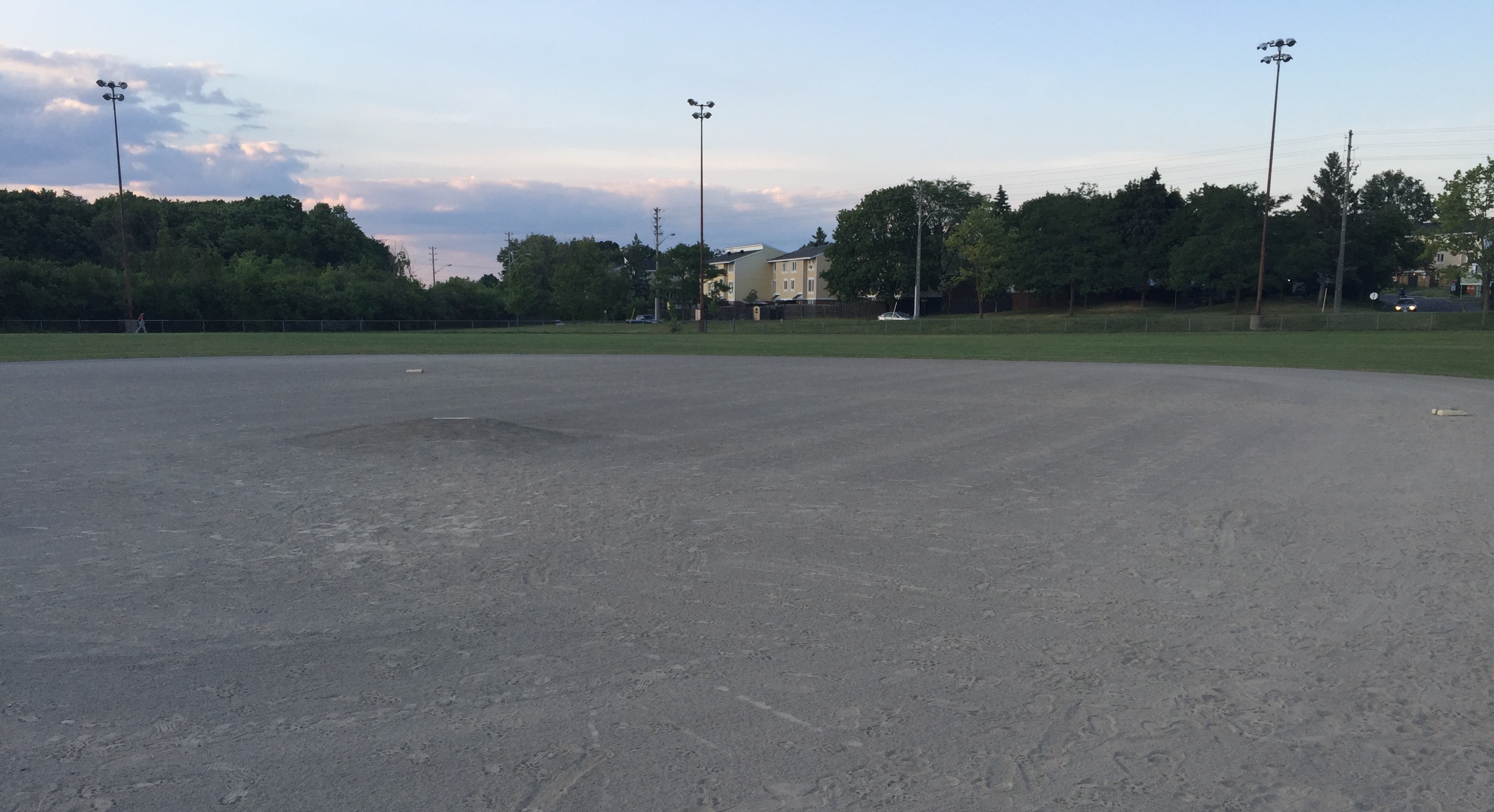 My fellow National Capital Baseball Leaguers, you’re in for a real treat.  While normally our recaps tell you exactly what happened both on and off the field at a given game, today I’m going to give you a behind the scenes look at how one of our recaps gets made.  Let’s get started.

The opening paragraph or two will always be a brief introduction to the two teams, and what you can expect while reading this recap.  If I’m particularly lazy or have something to do the rest of the week, I’d keep it very simple and generic, and probably have this part written down before I even go to the game.  So for example earlier tonight was the third and final time we played the Outlaws this year, so I’d be sure to mention that somewhere.

If there were a pregame tweet by either team, I’d embed it here.  We don’t usually Tweet one out, but for some reason earlier today I had the foresight to post one, looking at it now, hours later, it might’ve seemed out of place at the time, but makes some kind of sense now.

This is where your typical game day Tweet goes.

Here is where I’d start talking about the actual game.  I usually mention whether or not we had an early lead or fell behind early, I’d shoutout a few SweatSox if they did something clutch or great, and then I write how we ended up winning it, and of course the final score.  If I was in a rush, for example if I was heading to the cottage for the week the next day, I might even write a bunch of space filler, and then break the game down in bullet form to make it look like I put some serious effort in.

After every game the SweatSox Twitter account posts a tweet with the final score, the winning and losing pitchers, with optional hashtags depending on if we got shutout or mercy’d.  I’d always embed that one here.  It’s real easy, and takes up space, which makes the recap appear longer than it actually is.

*This is a typical final score Tweet, that goes right here.#W1

If something happened at the Hyjinx that needs to be mentioned before the final thoughts, I’d put it here in what no doubt would be some clever, well thought out paragraph that’s impossible to write before the game.  If I was leaving town tomorrow morning until our next game on Friday, I might even write this whole thing like a Mad Libs before the game, and fill in the blanks, or bullet points, when I got home.

Next is the heart and soul of the recaps, the Final Notes/Thoughts.   You can’t really fake this one, but if I took enough notes throughout the night, or the team WhatsApp thread was active throughout the day, I can hammer this part out pretty quickly. 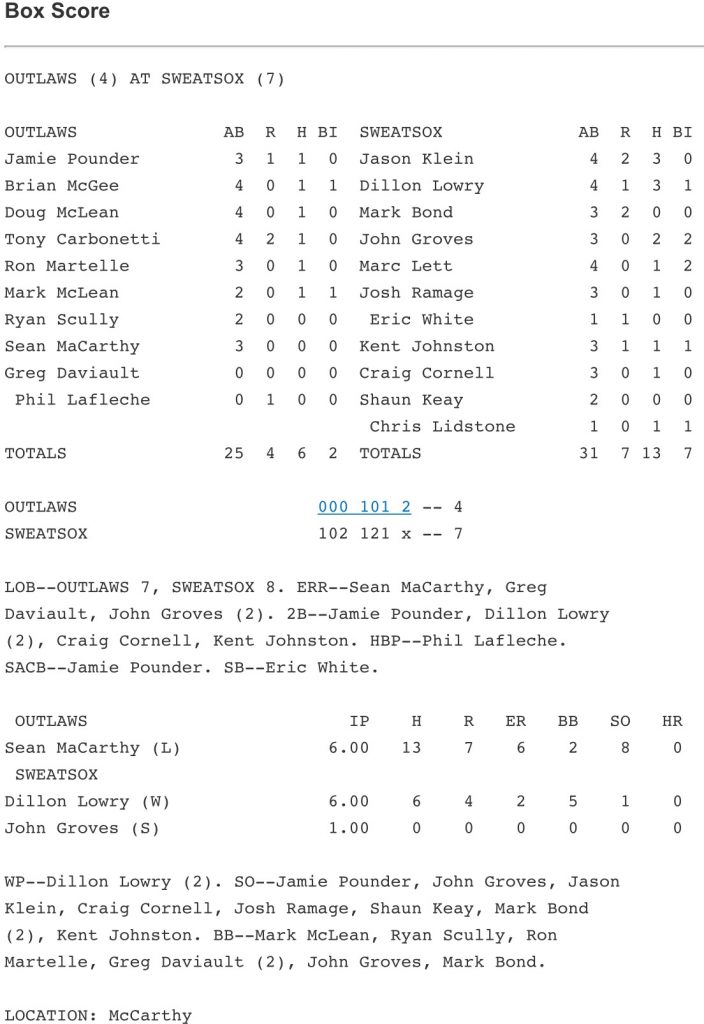 You can’t just end the recap with the boxscore, so here’s where I tell everyone when our next game is.  This part can also be easily written beforehand since the schedule was made months ago (but I’d never do that).  We play the River Hawks Friday night at Allen.  If I’ve got the time, I might even put a promotional image of the game from the ScoreStream site right here, with some kind of subtle reference to whom our starting pitcher will be:

Finally, when the recap gets uploaded, I’ll generate a Tweet to send out to the masses.  This year all I’ve been doing is sending out the title and a link, which is bringing in thousands of readers.  It’s always good to take a few gratuitous shots at a few players or teams in each recap too, so at their next game word of mouth spreads and we get even more clicks.  We learned last year though that there’s no point in mentioning teams like Cornwall, Metcalfe, or Winchester in a recap, since those backwards towns don’t even have Internet access.