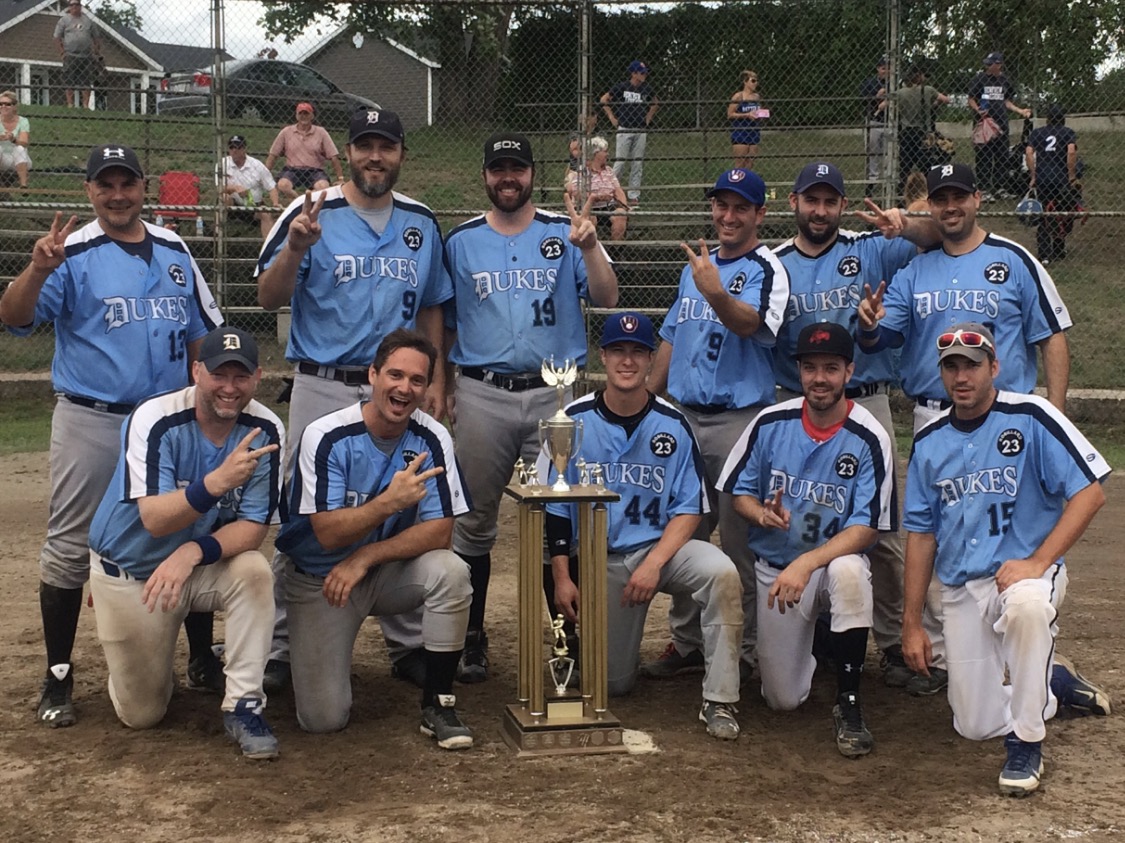 Welcome to Day 7 of the SweatSox 14 Days of SweatMas SweatSite Extravaganza.  FYI– I, Shaun Keay, was not present for the events below, but I had several reliable sources that kept me posted throughout the tournament, so it really felt like I was there, not getting any sleep.

While most of the SweatSox had emptied their lockers following one of (but not) the worst seasons in SweatSox history, a couple Sox were packing their bags for the first of two après season tournaments.  Cory Bond and Chris Lidstone, who have a combined 4 Doug Dorion Memorial Trophies, 3 Mr. Hyjinx titles, 2 cell phones, and 1 happy relationship, represented the SweatSox at the inaugural Petawawa Fall Invitational; joining a Tier 3 All-Star team featuring several high profile Dukes, BlackSox, and Misfits.

Beauty weather today in petawawa for 3 games of baseball!!!#dukes#tourney

The Black Sweaty Dukes of Misfits won their opening game 4-3 over the Petawawa Old Timers, and their second game 14-6 over the Renfrew Legends.  The third game was a semi-final matchup against the Ottawa Valley powerhouse Killaloe Cottage Raisers, a team who I guarantee would go undefeated in Tier 1 every year.  Needing a win in the “money-game”, the BSDoM gave our very own Cory Bond the ball to do what he does best, pitch for anyone not named the SweatSox.  5 innings and 10 strikeouts in a time shortened game later, the Dukes were headed to the finals.

The host Petawawa Indians defeated the Black Sweaty Dukes of Misfits 4-1 in the finals the next afternoon; through no fault of your SweatSox.

Great weekend, thanks to the tourney organizers for job well done!@Petawawaball

Not surprisingly, the two SweatSox cleaned up at the black tie #PetaTourney16 Banquet, winning just about all the tournament awards:

One award the SweatSox surprisingly didn’t win was the tournament’s Mr. Hyjinx Trophy. That went to the Dukes’ Larry Pawelek, who clinched it after his banana-hammock karaoke rendition of “It’s Raining Men”. 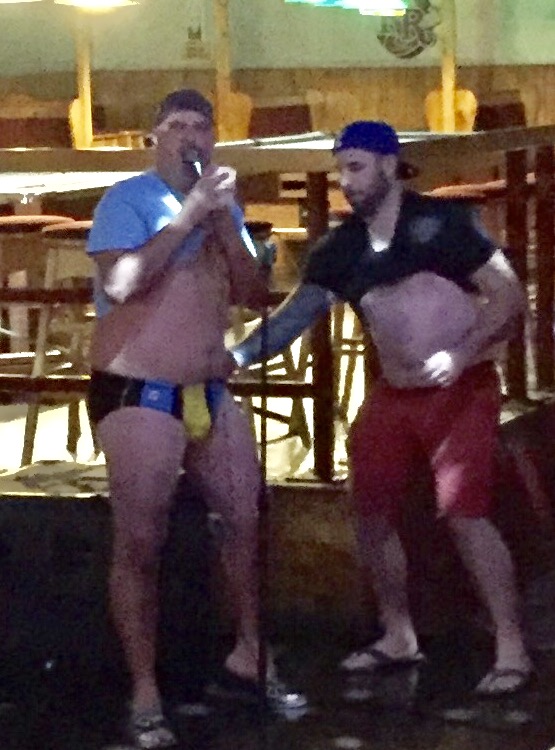 So Chris Lidstone and Cory Bond won more games for @Dukesbaseball today (3) than they did with the SweatSox all season (2). #Tier5 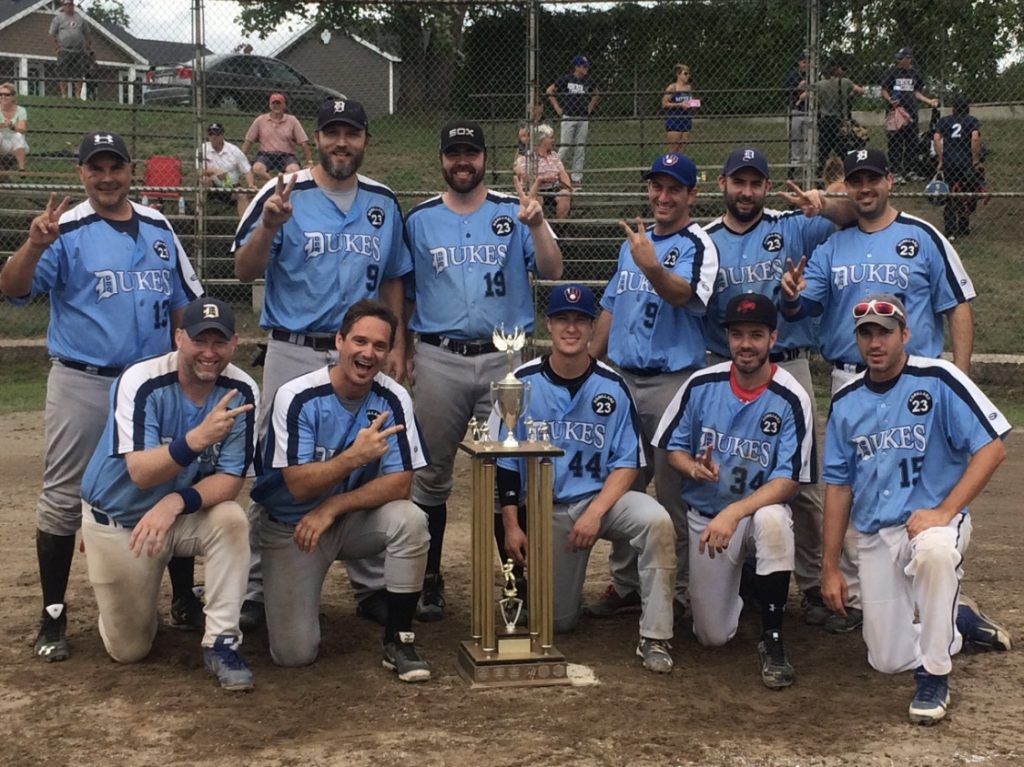