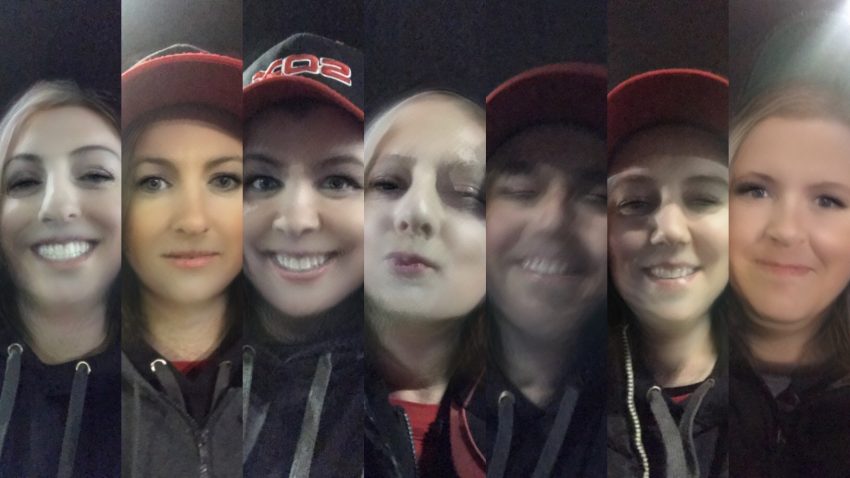 SPORTSPLEX– Last Thursday, the SweatSox and Coyotes faced off in an NCBL regular season game, ending a streak of 5,434 consecutive days where they did not. Incredibly, there were some familiar faces on the field last week, with 10 total players from the 2004 teams (that split that season series 1-1) still on the active rosters.  There was also a bonus familiar face in the Coyote lineup in Stefan Lavictoire, who played his NCBL rookie season with the SweatSox back in 2003, then took a 5-year sabbatical before rejoining the league with the Coyotes in 2009.

The loss to the Coyotes back in ’04 was just 1 of 5 SweatSox losses that year, but our record was still good enough to win the pennant and move up to Tier 3. We’d go on to win the championship (and pennant) in our first year in T3, leading the way for a 10 year stay in Tier 2 beginning in ’06.  We’d finally win the Tier 2 pennant in ‘15 and move up to Tier 1 for a single (regrettable) season in ‘16.  The SweatSox would very quickly lose our way back down to Tier 3, all the while the Coyotes were living it up in Tier 4.  Last season though, the Coyotes won 17 of 20 games, earned the promotion to Tier 3, and set the stage for a rematch with the SweatSox 14 years in the making. You follow all that?

As a gesture of goodwill towards our friends from Tier 4, we started the reigning Doug Dorion Memorial Trophy Winner Joshua Ramage on the mound, someone the Coyotes could knock around for a few innings to gain confidence in their new tier. Regrettably, Ramage’s stuff turned out to be too slow for the team that played the last 20 years in Tier 4, much to the dismay of Eric White, who lost the chance to pitch in all 24 games for the SweatSox this season.

The SweatSox offense picked right up where it left off last game, with the first 4 batters in the 1st inning coming around to score. Full Disclosure: we were assisted by 3 of those guys reaching base via walk, and the 4th was a ROE. Kent Johnston had the only hit of the inning, a bases loaded 2-run single, but sadly he was thrown out by a mile trying to take 2nd on the throw home (we measured it later, it was actually 6.914 feet).  Something had to be slowing him down…

The Coyotes answered back with 3 in the 2nd inning, all unearned though thanks to Whitey, who didn’t protest a ball that probably may have most likely taken a bad hop on him. Errors > Earned Runs.

Kent Johnston, Ross Hughes, and Jaspreet Sanghra each had RBI’s for the SweatSox in the 3rd, reestablishing the 4-run SweatSox lead: The Director of Green had a single that scored Jason Klein, The Merchandise had a sacrifice fly that scored Marc Lett, and Bollywood had a double that scored the Captain of Gout (and was balls deep enough to get me (Shaun Keay) from 1st to 3rd)

The extra run support was all the Assistant to the Manager needed to keep it rolling on the mound.  At one point the Arsonist retired 12 straight Coyote batters; that has to be a personal record.  Even Neal Phadnis, who moonlights as an umpire and has seen the patented banana pitch (“It’s actually called the Daisy Duke” –Ross Hughes) hundreds of times, couldn’t do anything about it, going 0/4.  Phadnis promises he’ll go 4/4 next time if we throw John Groves though.

The Coyotes made a pitching change in the 6th inning, but the SweatSox were able to quickly take advantage of the colder arm and scored 4 more runs, highlighted by a Chris Tiddy’stone 2-run single down the left field line.  Ramage held court in the 7th.  SweatSox win 11-4. (SweatSox lead 2019 regular season series 1-0).

HISTORY– Some big time NCBL history was made during this SweatSox-Coyotes game. With a 6th inning steal of second base, Eric White became the NCBL’s all-time leading base stealer, surpassing (temporarily?) Thomas “The Tank Engine” Toll of the Rockets at the top of the leaderboard. Are the Rockets allowed to have 2 Tanks on their team?

While The Human Cockroach might now be the Ricky Henderson of the NCBL, he’s still only the Billy Hamilton of the SweatSox, and needs 53 more SB’s to pass the Angry Center Fielder’s current record of 150.  It’s very likely the Commander of Crow Hop will still have 150 whenever Eric catches up though.  #GoutLife.

Next up for the SweatSox is a matchup with the Mavericks this Friday night at Brewer. It will be our 3rd game of the season, while the Old Sox will be playing their 1st.