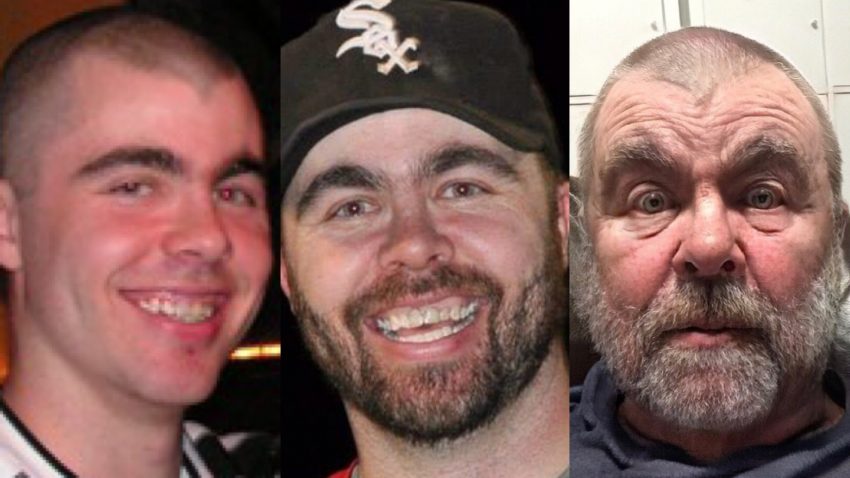 BREWER– It was a moment 17 years in the making, but last Friday night (well, technically it was Saturday) it finally happened: somebody threw up at the GoatHouse!!  We’ll get back to that, don’t worry. Earlier in the night, the SweatSox faced off against the Coyotes up the road at Brewer, a makeup game from earlier in the season when we got rained out at Faulkner (a legitimate rainout, not the one we got in trouble for).

This game was the first for the SweatSox after having just finished a stretch of 9 games in 19 days, but with “just” 4 days of rest since that 9th game, our pitching rotation still wasn’t fully recovered.  There was only one option: dust off our greatest lefty ever and let him sink or swim on that crooked Brewer mound.

Cory Bond didn’t exactly have the ideal lineup set up behind him, with power hitters Craig Cornell (had to go eat), Jason Klein (Fortnite), and Dillon Lowry (private information) all listed as out by acting manager Kent “Fuck This Shit” Johnston.  The Coyotes seemed to be in even rougher shape numbers wise, but had an ace up their sleeve having just signed Dimitri Jean-Paul, a friend of a friend as their emergency starter.  Could he be the next Mark Dorrington, or perhaps the next Daniel Villeneuve? For a few moments during pregame warmups, he could be both. Schrodinger’s Pitcher! We’d find out for sure soon enough.

Jean-Paul struggled finding the zone in the top of the first, and the SweatSox capitalized scoring 5 runs on 1 hit, a Kent Johnston 2-run double.  That wasn’t good enough for Cory.  We were nearly shutout in the second inning, but with 2-outs a dropped fly ball by Coyotes right fielder Andrew Brickley opened the floodgates, leading to 9 unearned runs and a 14-0 SweatSox lead.  Cory seemed good at this point.

The rest of the game was fairly routine, albeit long.  GLE was throwing strikes on the mound, Eric White was throwing guys out at first from his ass at short, Braden McGinnis was throwing his arm out at second, and Kent Johnston was throwing a fit in CF when an unauthorized substitution took place without his consent.

CBond worked his 4 innings and got the hell out of there, turning it over to Josh Ramage to try and hold the 20-run lead.  There just wasn’t enough time to vulture the win or the loss here, so 2 runs and 3 outs later it was official: Cory Bond is the 14th member of the NCBL’s 50 Win Club! SweatSox win 21-3.

That wasn’t the only club our GLE joined with this milestone win:

Cory is also just 1 of 2 pitchers in the 50 Win Club to get all 50+ wins with the same team, joining Darren Keating of the Braves as the only loyal pitchers in the league.

The road to 50 wins was not an individual accomplishment, nor was it a complete team effort either… It was a 2-man show.  One man was behind the plate for 40 of these wins, another NCBL legend…

Next up for the SweatSox on the 50 career wins list is Eric White, who is currently sitting at 35 (20 with us, we can’t authenticate the validity of the other 15), and Josh Ramage (29).  John Groves does have 42 according to the NCBL Stats Page, but he might not even have 8 years left (cause he’s so old), let alone 8 wins.  We also haven’t seen him since June 23rd, so we may have already lost him.  RIP John Groves.

BONUS MILESTONE ALERT: With 5 strikeouts against the Coyotes, Cory Bond (497) moved ahead of Eric White (495) on the NCBL’s All-Time Strikeout List and is now just 3 away from #500.  White, just 5 away from #500, is likely to reach that mark in his next start, while Cory is projected to get there sometime after Marc’s VOML Vegas bash in a couple years.

Next up for the SweatSox is a matchup with the Orioles tomorrow night at Trillium.  This will be our final regular season matchup with the O’s for quite some time, as they will be moving up to Tier 2 next year after running away with the T3 pennant this season.