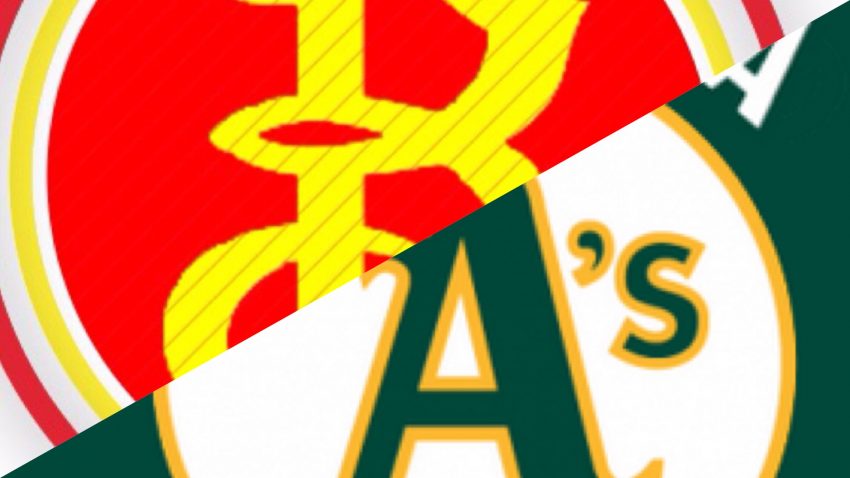 SPORTSPLEX– The Battalion and Athletics settled for a controversial tie last night in game 2 of the 2019 Tier 1 Championship.

Ignoring the unwritten rule that if both teams agree the game could’ve continued (and they did), the first pitch wasn’t thrown until 8:03pm, due to the Athletics taking a very late infield. This meant the constitution would’ve allowed the extra inning if/when the 7th inning ended before 10:18pm (which it did).

Nevertheless, it is what it is, there was no protest, the result is final.  The best-of-five series now turns into a race to 6 points, with the Battalion holding a 3 points to 1 advantage.

The Athletics struck first in game 2, scoring a pair of runs in the 3rd on a 2-run Manny Restrepo double, hit just out of the reach of a diving Kevin Miller. The double scored Felix Septimo, who after 22 seasons is playing in his first ever Tier 1 finals, and Graeme Nichols, who reached first on a perfectly placed bunt single, and then got to second via SB. 2-0 A’s.

The Athletics added to the lead in the 5th, when Phil Brunet hit a first pitch single to right scoring Ryan Burnside, aka the Carleton University Ravens limousine riding, jet flying, grand slamming, bat flippin’ son of a gun. 3-0 A’s.

A’s starter Alex Lajeunesse managed to keep the Battalion off the scoreboard through 5, but in the 6th it was Big Bad Berry Van Donselaar who brought the Battalion back to life when he turned on the second pitch he saw and Canseco’d it to DEEP left-center. 3-2 A’s.

The Battalion completed the comeback in the top of the 7th, when a Steve Renaud single scored Musashi Takara, who earlier drew a lead-off walk to start the inning. 3-3 tie..

While neither team had any interest in a tie, this result probably worked out best for the Battalion, who walk away from the non-Soffer start without a loss.

This also puts the Athletics in a spot where they will have to beat the 15-0 beast incarnate twice over the next 3-4 games to win the Tier 1 Championship.

The big… tie…  must’ve been especially big for the sanity of Battalion manager Ben Milinkovich, who had to make 2 separate appearances between the chalk last night demanding answers from the umpires on close calls that didn’t go the Battalion’s way:

Milinkovich can sleep a bit easier knowing these “wrong” calls didn’t ultimately cost them a loss; while Athletics management must be pleased the umpires got these calls “right”.

After back to back games at the Sportsplex, the series now shifts west to Kanata for games 3 and 4. Game 3 takes place tonight (Tuesday), with probable starters Soffer (Battalion) vs Hamel (Athletics). Both teams are also expected to keep an extra eye on the clock to avoid another unsatisfying result.