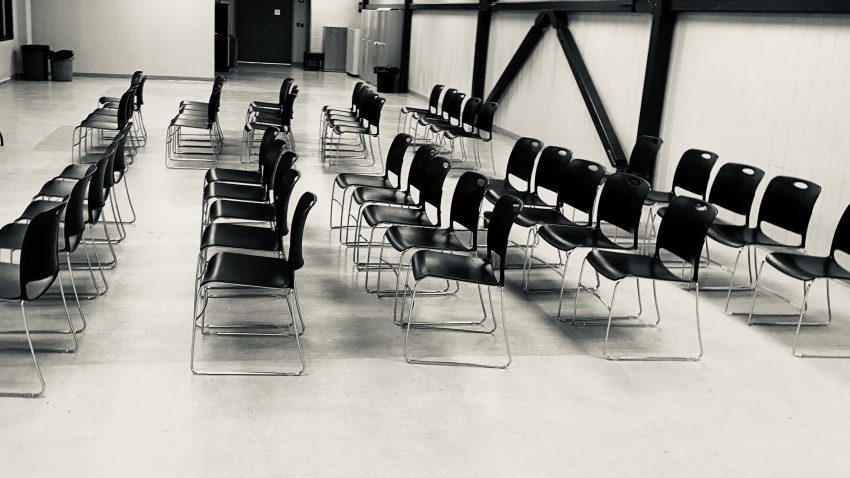 I, Shaun Keay, the Tier 3 Representative on the NCBL’s Social Media Committee, was not there; but thanks to some well-placed sources, I’m once again able to provide what is surely to be a perfectly accurate report of the meeting’s happenings.

STRAGGLERS: The Winter Meeting was originally scheduled to start at 10:30am but wasn’t called to order until 10:32, giving some extra time for the stragglers to make their way in.  This delay wasn’t long enough for notorious straggler Joe Beelen, who many minutes later strutted into the room like he was Vince McMahon making his way to the ring to strip Steve Austin of the title.  Straggler Joe is really milking his 2019 Fall Ball Championship victory.

FERDA: The first order of business was deciding the fate of the Ferda Baseball Club, who joined the NCBL last year on a probationary basis (as all new teams do) and needed to be confirmed to full status members by a vote of all teams.  No team in history has ever been denied “full” status, and Ferda didn’t have any former Knights or a Scolli on their team, so their application was granted.  Long live Ferda!

As full-fledged members of the NCBL for only a few moments, Ferda took the new power they had and used it to summon the Grim Reaper, and then set him loose against themselves. Just like that, Ferda was dead. R.I.P. Ferda.

Apparently, opponents weren’t taking the Ferda name or team seriously, so management opted for a rebrand, something a little more intimidating: The Rideau Valley Reapers.

The Rideau Valley Reapers name was actually pre-approved by the NCBL Executive weeks ago, after an extensive scan of the Urban Dictionary determined it wasn’t as offensive as some of the other current team name definitions could theoretically be (I’m looking at you Brewers).

MONEY: Commissioner Bill Beelen and Treasurer Craig Cornell then took the mics and talked a bit about the league’s money.  The NCBL financials were better than expected last year thanks in large part to the 2019 practice schedule getting rained out, people no-showing at the banquet, and umpire costs coming in way under budget.  The league surplus would’ve been even greater if the SweatSox and Brewers had to actually pay league fees; as everyone may or may not know we both get to play for free because of all the work we do behind the scenes.  Well, the Brewers do work, we are just creative with the bookkeeping.

KNIGHTS: Derek Brennan was born on June 19, 1991, he went to St. Paul High School, studied at Brock University, worked at Transport Canada for a few months back in 2015 before joining Shopify in 2016, is a big fan of the Key & Peele TV Show, once had a great hair cut at Refinery Salon and Barber, and his favourite local sportswriter is Bruce Garrioch.  Most importantly though, Derek is the new manager of the Tier 4 Knights.

The Knights got themselves into a bit of trouble last year, although if you ask any other team in Tier 4 they’ve always been trouble.  As a “red” team, the Knights had to be on their best behavior in 2019, but multiple in-season suspensions meant they were automatically placed on probation, had to forfeit their performance bond, and had to re-apply to the entire league for reinstatement.

So Derek Brennan’s first act as manager of the Knights was to make sure he wasn’t already the last manager of the Knights.  To do this, he had to stand in the front of the room and face the trigger-happy firing squad.  For exactly one hour and nine minutes, Derek became Neo from the Matrix, dodging bullets fired his way from every enemy the Knights have ever made.  Despite a few close calls, Brennan was able to survive the assault and successfully convince the majority league that his team’s past behavior was exactly that, in the past.  Well, he convinced Tier 1, 2, and 3 anyways; the Tier that knows them best (T4) was having none of it.

Now that they’ve been given one more (final?) shot, the Knights need to repay their performance bond as part of their restitution.  Not to worry though, DB has that covered:

Speaking of the Knights, the SweatSox would like to send a shoutout to former Knights manager (and current Knights 3rd base coach) Murray Campbell, who will be playing in his 6th decade in a Knights uniform when he takes the field on opening day this season.  Congratulations on a great career (so far) Coach!

TEAM INTENTIONS: Next on the meeting agenda were the unofficial team intentions for 2020.  Will the first-place teams go up?  Will the last place teams go down?  Are you folding?  Merging?  The league doesn’t need to know what your final answer is right now, just what you currently have written in pencil.

The last place team in Tier 1 was first up, and that was the Metcalfe Mudd.  The Mudd shocked the world when they said they would not fight their automatic move down to Tier 2.  The shocking part wasn’t that they were moving down, but that they weren’t folding.  How dare they, or anyone, make things up on social media (or websites, or recaps of meetings on websites promoted on social media).

Here are the rest of the unofficial team intentions, pulled from Secretary Bond’s yet to be released draft of the meeting minutes:

Hearing that the Mavericks may move down was a bit of a surprise, but I suppose they’d rather their one pitcher pitch just 20 games this year instead of 24.  Keep playing the fun Old Sox, wherever you are!

EXPANSION: There could be an expansion team playing the National Capital Baseball League in 2020.  Bill Beelen announced at the winter meeting that 2 potential teams were still in the running for 1 available spot: the BlackSox 2.0, and the West End Warriors 2.0.  These two groups will duke it out at the Spring Meeting; winner gets in, loser has to sit out and hope someone on the Knights throws a bat has a bat accidently slip out of their hands this summer.

ELECTION DAY: A pair of SweatSox were up for re-election at the Winter Meeting: Craig Cornell (NCBL Treasurer) and Cory Bond (Secretary of the NCBL).  I’m told both were ready to stand their ground and fight to keep their positions for another term, but nobody dared step up against our dynamic duo.  Cornell sticking around is great for the SweatSox, we can continue to cook the NCBL books for another 2 years; Bond can’t really do anything productive for us in his position, so whatever.  But yay Craig!

The biggest position up for grabs during the election period was for NCBL Head Umpire.  Fred Malo was forced to resign from the position after just 1 year on the job when it was discovered he was funneling money from the NCBL’s Umpire Retirement Fund to purchase a palatial estate somewhere in the greater Kemptville area.  Malo left the job after the 2019 season, following Maxime Leroux leaving after the 2018 season, and Jean Lazure after the 2017 season.  So which umpire will drop the Head Umpire title like it’s hot after the 2020 season?

Congratulations to Mark Keeping, the latest member of the NCBL Head Umpire train.  Let me be the first to thank you for all work you’ll do this coming season, and I, Shaun Keay, wish you the best of luck in your future endeavours in 2021.

If you’re made it this far in this recap, good for you; give yourself a little cup check and let’s keep going.  We’re almost there.

THE ATHLETICS PROTOCOL: One of the biggest controversies in 2019 involved the Cubs, the Athletics, the automatic strikeout rule, heavy rain, a fire extinguisher, and apparently a tweet.  At the Winter Meeting, the league took steps to ensure something like that didn’t happen again.  Effective immediately, any playoff game that starts and gets called before the game is official will be suspended and continued from that point next time out, rather than cancelled and replayed from the start.  Sadly, nobody from the Athletics was at the meeting to see this monumental rule become law.

PLAYOFF MATCHUPS: In recent weeks, MLB has discussed adopting a rule where the top teams in the playoffs get to pick their first-round opponents.  After debating the pros and cons of this idea, the NCBL managers voted to implement this groundbreaking rule effective immediately.  So in an 8-team playoff bracket, the 1st place team can pick either the 5th, 6th, 7th, or 8th place team to face in the first round.  The 2nd place team can pick from the 3 remaining.  The 3rd place team gets to pick from the remaining 2.  And the 2 leftover teams will be the final matchup.  The specifics will be sorted out at the next meeting when the tier and playoff structure becomes official.  Should be fun!

DEFERRED: With extensive discussions about the Knights, Athletics Protocol, and the new Playoff Matchups rule, the managers had to save some of the other rule change votes for next time, including: having a relief pitch face a minimum of 3 batters, the use of Apple Watches to relay signs, and having the option to use an Extra Hitter (EH) in your lineup.

I’m Shaun Keay, and I’ll be here all day…