Last night was only our 10th game of the season, but our 2016 playoff chances all came down to whether or not we could avoid losing the season series to the Outlaws, who are low, but obviously not as low as we are in the Tier 1 standings.   Our best mathematicians and playoff projectionists explained that our only real chance to make the playoffs was to win our final two games against the Outlaws, hope they lose their 13 remaining non-SweatSox games, and then defeat them again in a play-in game.  Crazier things have happened.

Controversy struck right before the first pitch was about to be thrown, when Outlaws scorekeeper Brian McGee rushed over to the SweatSox dugout demanding to know why we had 10 players in our batting order.  McGee explained in language not suitable for children that this wasn’t little league or co-ed softball, that this was Tier 1 of the National Capital Baseball League and if we didn’t get our act together he’d make us regret the day we first picked up a baseball.  Fortunately, once we explained that the 10th guy was actually being DH’d for, he withdrew his threat of a protest and returned to his side of the field.

HISTORICAL NOTE: The 6th inning SweatSox rally was highlighted by a Cory Bond 2-run single, which made him the new SweatSox leader in career RBI’s with 190 (now 2 ahead of I, Shaun Keay).  It was also GLE’s first RBI’s off Ron Martelle at the Sportsplex since 2010…

The SweatSox came to the Hyjinx with a couple cases of beer, three pizzas (none of which were fully loaded with bacon), a half empty (or half full depending on how you look at it) bag of peanuts, some cookies, and of course some tums, which would usually be good enough to take the Hyjinx.  The Outlaws are no pushovers though, and proceeded to SuperHyjinx (100+ beers) at the other end of the parking lot.  On top of that, they brought several BBQ’s to grill a variety of meats, and we swear we saw them roasting a pig over a garbage can fire.  Well played Outlaws, well played. 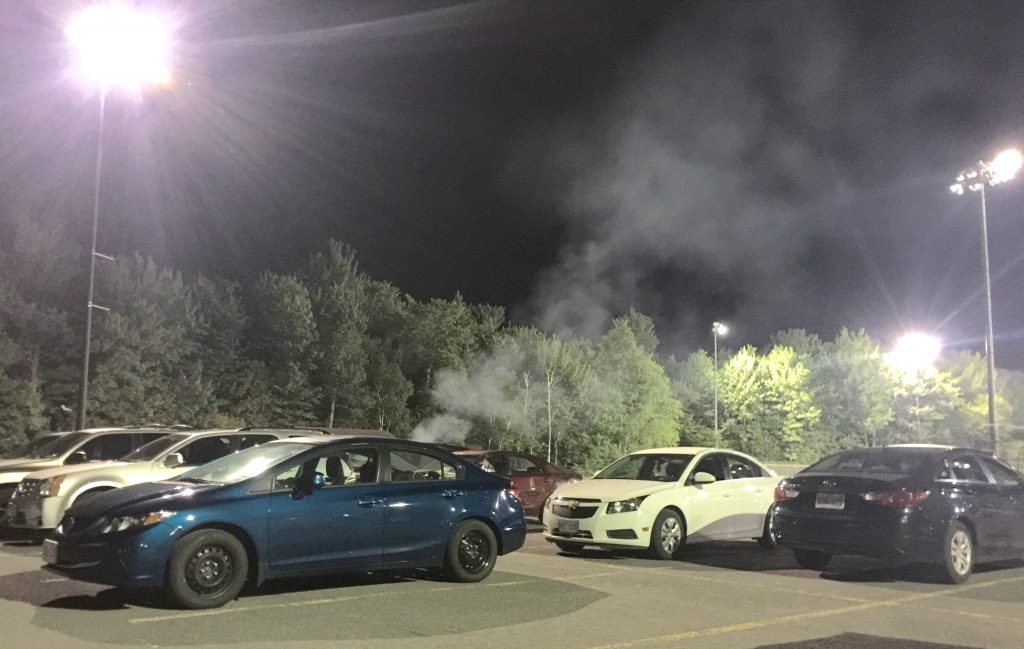 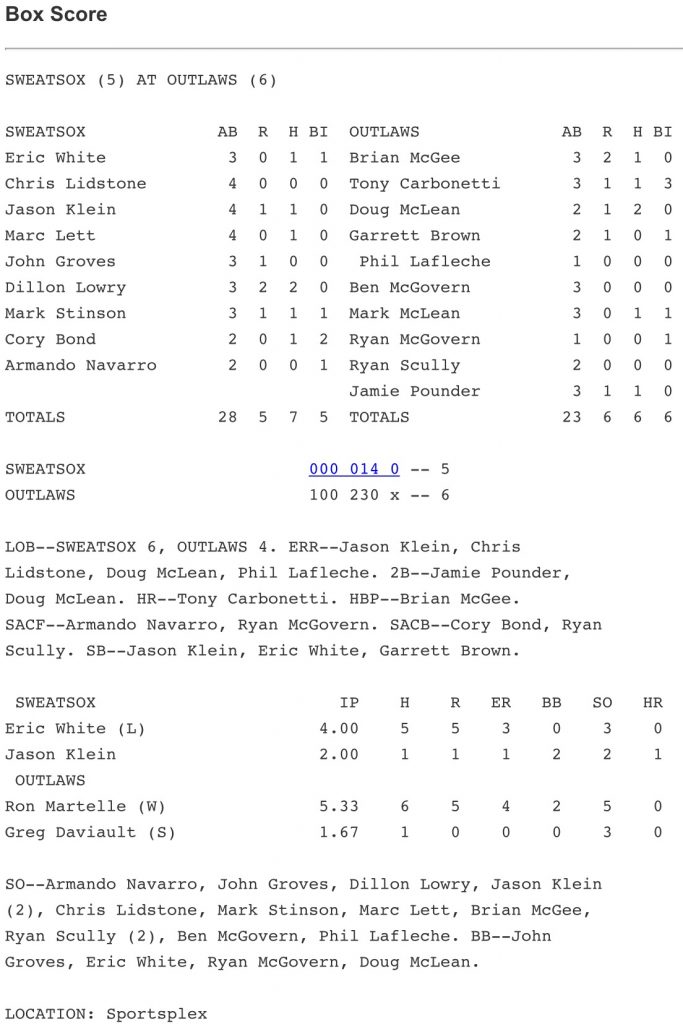 Next up for the SweatSox is our second matchup of the year, and second in five days, against the Kingston Ponies Sunday afternoon in Kanata.  Rumour has it HBK will not be in the Ponies’ lineup after getting ejected from their 4-3 win over the Cubs last night in the 6th inning.