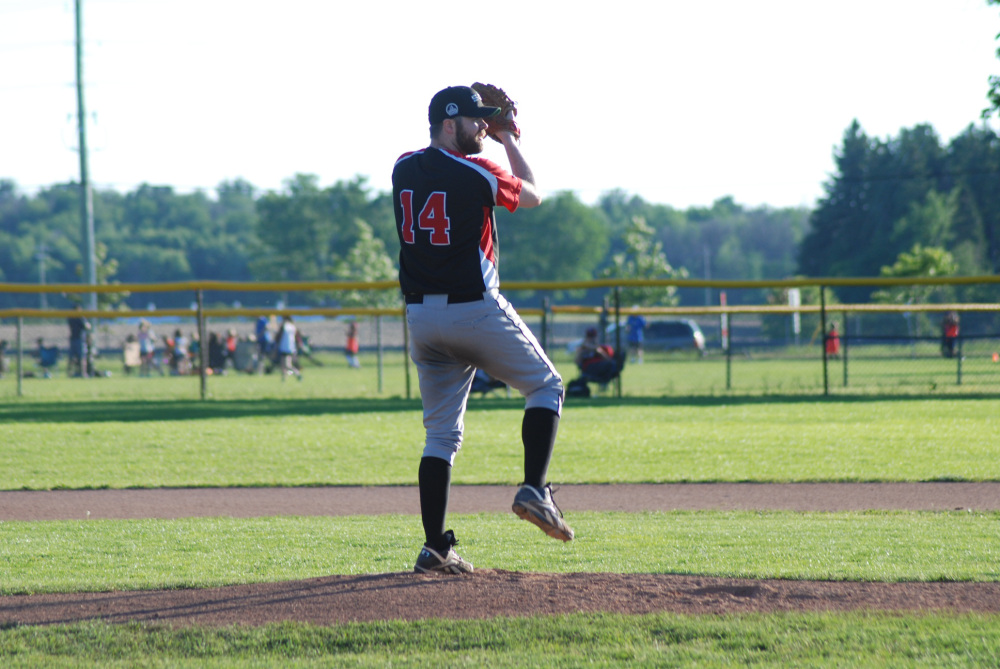 Finishing up a stretch of 5 games in 9 days, the SweatSox celebrated the mid-point of the 2016 season with a matchup against the well-rested Bytown Battalion, who hadn’t played a game since June 2nd, last night at the Sportsplex.

The SweatSox opened the scoring in the top of the 1st after a two out walk (Mark Bond) and HBP (Marc Lett) led the way for a Cory Bond RBI single.  It was the 5th time in 12 games the SweatSox have scored the 1st run, but spoiler alert: we’d blow this lead just like the others.  The Battalion would go on to score 4 in the 1st, 2 in the 2nd, and 5 in the 3rd to take a mercy worthy 11-1 lead.

After a scoreless 4th inning, the Bytown Battalion figured they weren’t ready to call it a day, and brought in their HBP specialist to help us plate a few runs in the 5th to extend the game at least another inning.  HBP’s to Craig Cornell, Armando Navarro, Marc Lett, and Kent Johnston, combined with hits from Cory and Mark Bond, got the SweatSox 3 additional runs and a bonus 6th inning of play!

The SweatSox scored two more in the 6th, while John Groves pitched 3 innings of shutout ball to make the final score look much cleaner than it would’ve, could’ve, and should’ve been.  SweatSox lose 11-6, and enter the midseason break 0-12.

After tying our season high with 6 offensive runs scored, the SweatSox are now at a personal high of 2.4 runs per game, and have dropped from 4th to 9th in the projected all-time worst plus/minus season rankings. 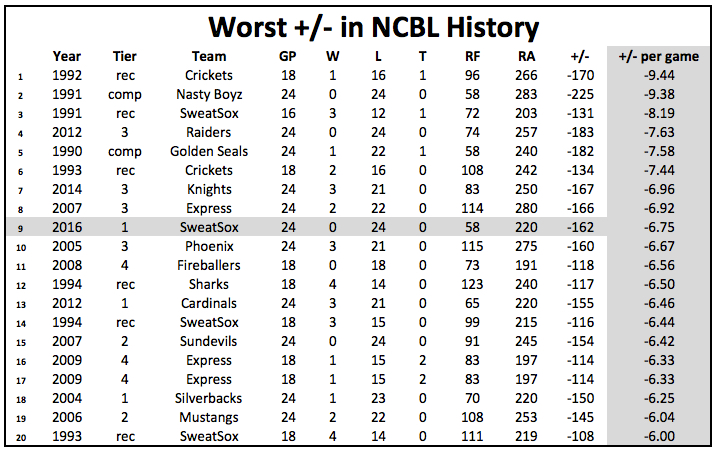 During the Après Baseball Hyjinx, Armando Navarro spotted something strange moving across the sky.  We weren’t sure whether to turn around and look, after all Army was convinced there was a snake on his shoulder a few minutes earlier.  It looked like the object could’ve been a drone or bird that was caught on fire, or perhaps even a firework or flare, but most were convinced it was simply a meteor.  All those guesses were incorrect, it was actually just Alex Baldock’s HR from the 1st inning finally burning up in the atmosphere. 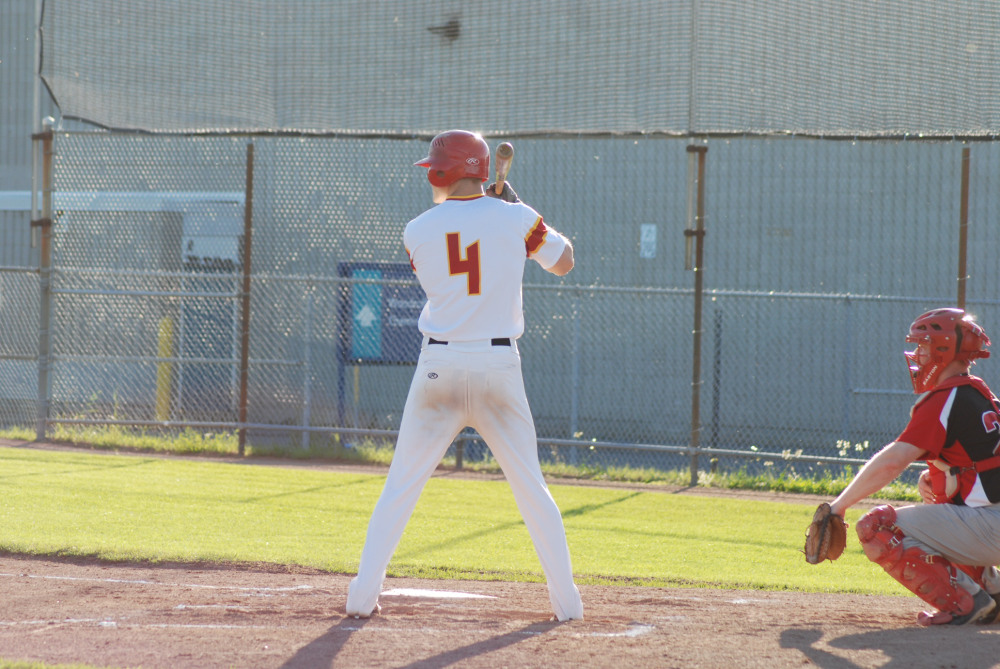 The SweatSox have now given up 6 HR’s to opposing teams this year, so we decided to rank them in terms of total distance travelled along the parabola.

…and don’t even think of asking him whether or not he’s ever had a slice of pie. 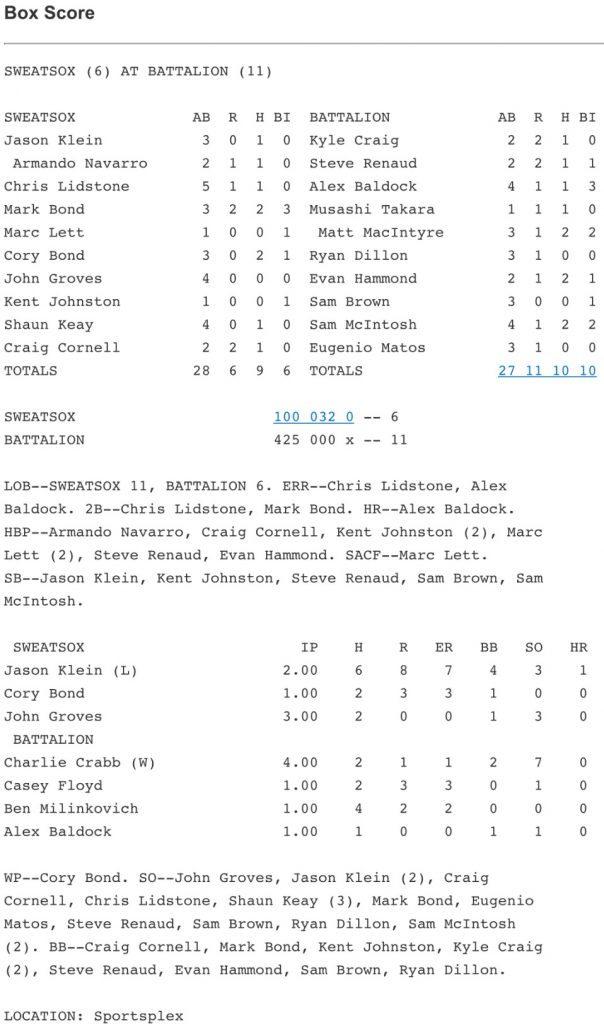 Next up for the SweatSox (0-12) is a matchup with the Capital City Cubs (7-2) Friday night right here in Kanata.  Somebody who throws slow is scheduled to start.

Missed any game recaps from the first half of the season?  Catch up here:

Haven’t seen the updated SweatSox stats?  Check out the new stats page, updated minutes after each game, by clicking here.

The Battalion took a few pictures during the game last night, find them here: 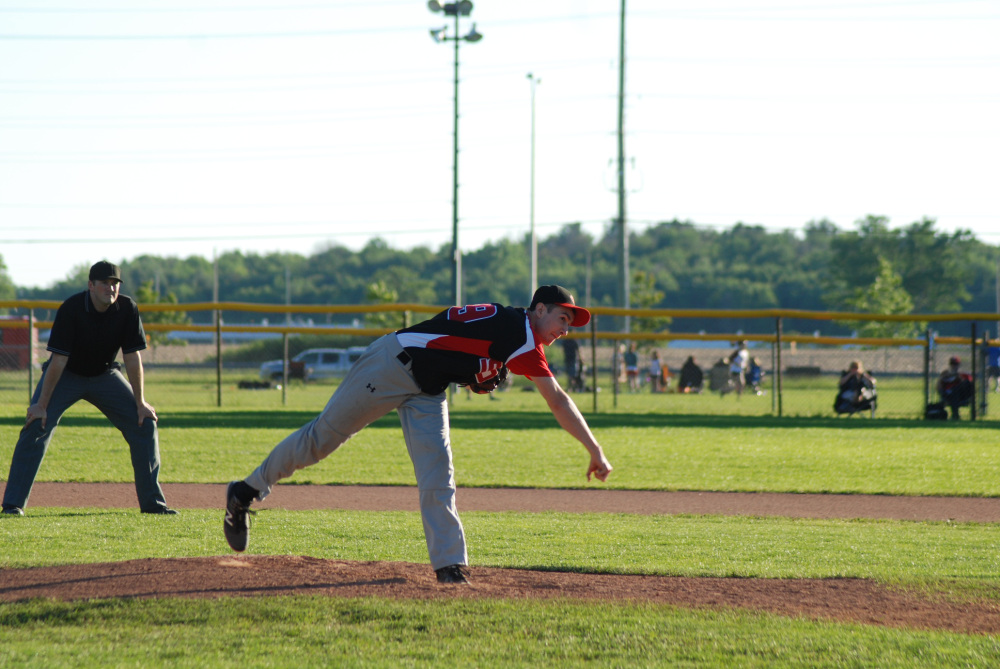